Exploring the psychology of gift giving: Recognize anyone you know?

Why does holiday gift-giving make us feel anxious and pressured?

“My sister and brother-in-law are impossible to please. I dread seeing her pursed lips when she opens the package,” another confides.

Isn’t giving presents supposed to make us happy? After all, the Bible does tell us that it’s more blessed to give than to receive. Of course, in psychological terms, it’s a bit more complicated than that.

First, there’s the happiness thing: What makes us happier—giving or receiving? Alas, the short answer is neither. Psychologists Tim Kasser and Kennon M. Sheldon analyzed Christmas experiences that could make people feel better and broke it down to seven:

Time with family
Religious activities
Maintaining traditions
Spending money on gifts
Receiving gifts
Helping others
Sensual enjoyment of the holiday (food and drink)
While family time and religious activity did increase people’s sense of well-being, gifts—both giving and receiving them—didn’t. Counterintuitive, but nonetheless true. As Kasser and Sheldon write: “Despite the fact that people spend relatively large portions of their income on gifts, as well as time shopping for and wrapping them, such behavior apparently contributes little to holiday joy.” So much for that.

Second, those packages you see lying under the Christmas tree aren’t just presents but symbolic markers… Yes, you heard me right: Symbols of both relationships and the self. That’s why we all remember the gifts we’ve been given—the good, the bad, and the genuinely ugly—because we understand them as revealing the nature of the connections we have to others. In his seminal article, “The Social Psychology of Gifts,” Barry Schwartz writes that “Gifts are one of the ways in which the pictures others have of us are transmitted.” Of course, the gift doesn’t just reveal the image the giver has of you; it exposes the character and the thinking of the giver as well.

Christmas giving makes us anxious not just because it’s revelatory but because it’s an exchange. We dread receiving the bad gift as much giving it. In fact, when John F. Sherry, Jr. and his colleagues explored what they called “The Dark Side of the Gift,” they found that people are far more ambivalent and even negative about gift-giving than the cultural tropes would suggest. Most interesting is the bad or awful gift, and how people react to it. Those most truthful respondents allowed as how the bad gift was thoughtless at best, and disheartening, disappointing, or hurtful at worst.

Anecdotes confirm not only how well people remember the bad gift but their feelings upon receiving it. One woman recounts how the one parameter she gave her mother-in-law was that all fabrics be natural. What did she send? A shirt made of pure polyester. The symbolic nature of gift-giving has both a light and a dark side, as stories make clear. One daughter recounts, “There’s a shelf in an attic closet filled with prepster sweaters from my mother, all of them in pink or green, and each a reminder of how she hates the way I dress. They’re maternal rebukes, each and everyone. I could give them to Goodwill, of course, but I hold on to them—in case my Christmas nostalgia threatens to take me over.”

Another woman recalls the first Christmas after she remarried, and sent gifts to her new brother and sister-in-law: “I spent hours shopping for everyone in their family—them, children and spouses, grandchild—and then wrapped everything and shipped it off. They reciprocated by sending a single gift, intended for my husband. I was surprised but went to do the same thing the next year but instead of feeling good about giving, I felt stupid and pathetic. Once again, they sent a gift intended for my husband. I got the message.”

“My brother’s competitiveness this time of year makes me nuts,” a man tells me. “He makes more money than I do and has fewer children so his gift is always a game of one-upmanship. I try to ignore it but it never fails to get under my skin.” On a personal note, the year my then-husband gave me brown socks (I don’t wear brown) spoke volumes.

In dysfunctional families, gift-giving (or withholding) can become power plays or worse. I wasn’t very old before I realized that telling my mother what I wanted for Christmas was pretty much the kiss of death; the more I wanted it, the more likely she was not to give it to me. Others report that sometimes siblings are played off against each other in this way: “I really wanted a tennis racket but my parents gave it to my sister Kim who had no interest in the sport. Things like that happened every year.”

It turns out that men and women react differently to the bad gift, especially in the context of an intimate relationship. As Elizabeth W. Dunn and her colleagues explain, gifts are also markers of similarity—the good gift confirms the compatibility of romantic partners, as well as what they share. (If you’re happily married, that’s how your spouse always “knows” exactly what you want.) So what happens with a bad gift, beyond the even exchange at Bloomingdales or Macy’s? That’s what Dunn and her cohorts wanted to find out. They hypothesized that men would react to the undesirable gift by readjusting their vision of the relationship while women, on the other hand, would be prone to “neutralize the interpersonal threat” posed by the bad gift. Surprisingly enough, that’s exactly what they found. While men were more likely to readjust their vision of the relationship in response to the bad gift, women weren’t. They were more likely to downplay or rationalize the significance of the bad gift. Intriguingly, women also didn’t respond to the good gift with as much enthusiasm for the relationship as did men. This led the researchers to wonder: “Perhaps, then, women not only protect the relationship from the lows of events such as bad gifts but also from unwarranted highs from events such as good gifts.” All of this is quite surprising.

I offer up this (unscientific) list of the potential givers in your life (and mine), as a way of easing the stress of the holidays a bit and giving you an edge on keeping your cool, not to mention your holiday spirit.

See if you recognize anyone you know! 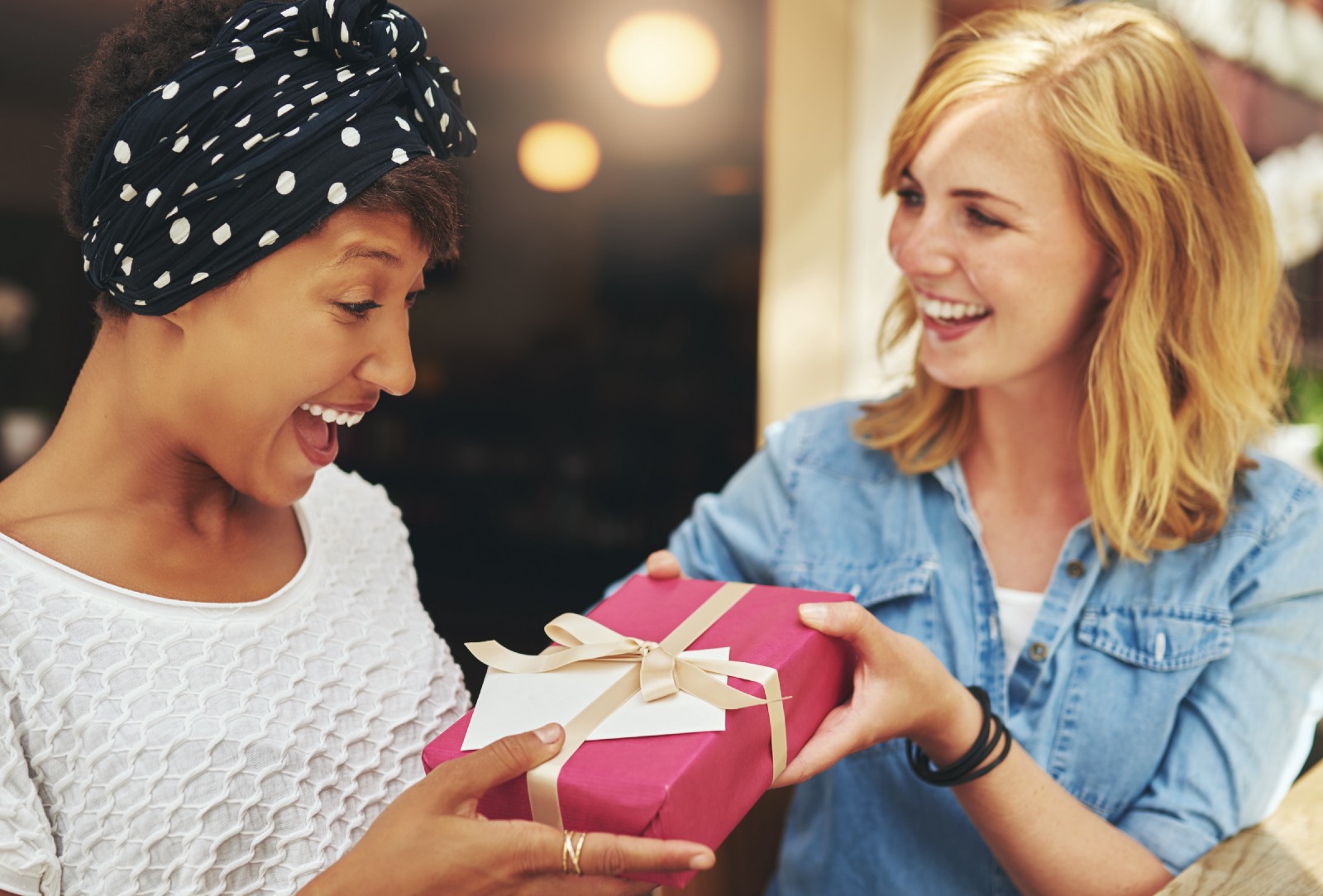 If you are lucky enough to have one or two of these folks in your life, it’s time for rejoicing. The genuine giver has actually thought about you and what would give you pleasure. Our culture likes to believe that everyone is a genuine giver—if you doubt it, just re-read O. Henry’s The Gift of the Magi—but maybe what really makes this kind of giving so special is that it’s the exception, not the rule. That gives us all the more reason to savor the moment. If you’re a genuine giver yourself, then all the studies above don’t apply to you and I’m willing to bet that Christmas is your favorite time of year… 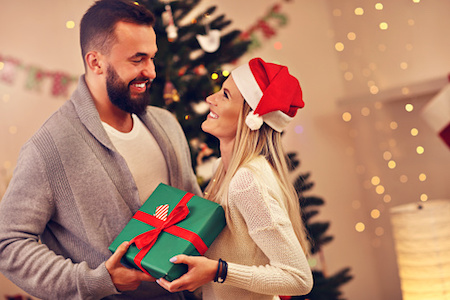 This is the costly gift as self-enhancement—a show of money or power, or perhaps both. In this case, the gift has nothing to do with the recipient but everything to do with the giver. These are the gifts for which the exchange receipt was invented, and the truth is that they aren’t emotionally painful unless the giver is a true intimate—a lover or a spouse—in which case the status gift can pack a big emotional wallop. (I’m disagreeing here with the research I’ve just cited; I personally find this kind of gift very painful.) If you’d like to see this in action, just replay The War of the Roses, especially the Christmas scenes.

3. The Wolf in Sheep’s Clothing

This is the giver who likes to be thought of as a wonderful gift-giver with perfectly wrapped gifts but his or her spirit is no more genuine than the Status Hound; in the end, Christmas is all about him or her. The Wolf is likely to send a check, rather than a present, and will “re-gift” items without thinking about whether the gift actually suits the recipient. The Wolf likes gift-giving to be even-steven—especially in terms of money spent—so beware of possible posturing or pouting if he or she is disappointed. Paradoxically, the Wolf is also likely to be a discriminating giver—within the family, some members will be luckier than others since the Wolf doesn’t shy away from playing favorites, as one woman recounts: “My brother doesn’t like my husband, though he is close to my sister’s spouse and he doesn’t shy away from making it known when it comes to the holidays. But the thing is that it’s so obvious—Jim gets a golf club while my husband gets a CD or e-book—that it really doesn’t matter anymore. It’s just become par for the season… And the source of many inside jokes.”

Perhaps the worst kind of giver—the one who really knows how to manipulate the symbolic nature of the gift—these people are the likeliest to hurt or disappoint us, especially at the holidays. Because they understand how gifts can cause us pain, consciously or unconsciously, they choose gifts that do exactly that.

Here’s one woman’s story: “Everything my mother gave me for Christmas was either two sizes too small or something that would be hideously unflattering. It was her way of reminding me that I was overweight—as if I didn’t have a mirror and somehow didn’t know.” A son tells how his parents—despite everything he’d told them—gave his children wildly expensive toys and clothing which only increased the tension between parents and grandparents. “My father likes to be thought of as a great provider, and his gifts imply that I’m not. My wife and I aren’t comfortable with our kids wearing designer jeans to school and we’ve told my parents that but they don’t want to hear it. The holiday is always about him, not us.”

Yes, it’s not just that you have to appreciate the gift the Complainer gives you; you have to listen endlessly to the travails and inconveniences he or she experienced this holiday season, especially during the acquisition of your gift. Luckily, the Complainer is easy to spot and more of a nuisance than anything else, and one of the reasons wine is part of holiday celebrations.

With all that in mind, happy shopping and wrapping and, of course, gifting! May your holidays be bright!

I’m Patty and I just turned 27. I am not any smarter, wealthier, funnier or more talented than you are. All I do is try. I put forth the effort into improving myself and inspire others. This website is my diary of adventures, a scrapbook of learning experiences and a portfolio of things that I love to share.

What many of us fail to realize is that we are meant to stand out. This realization happened when I understood this and decided to launch the blog of my own damn dreams.